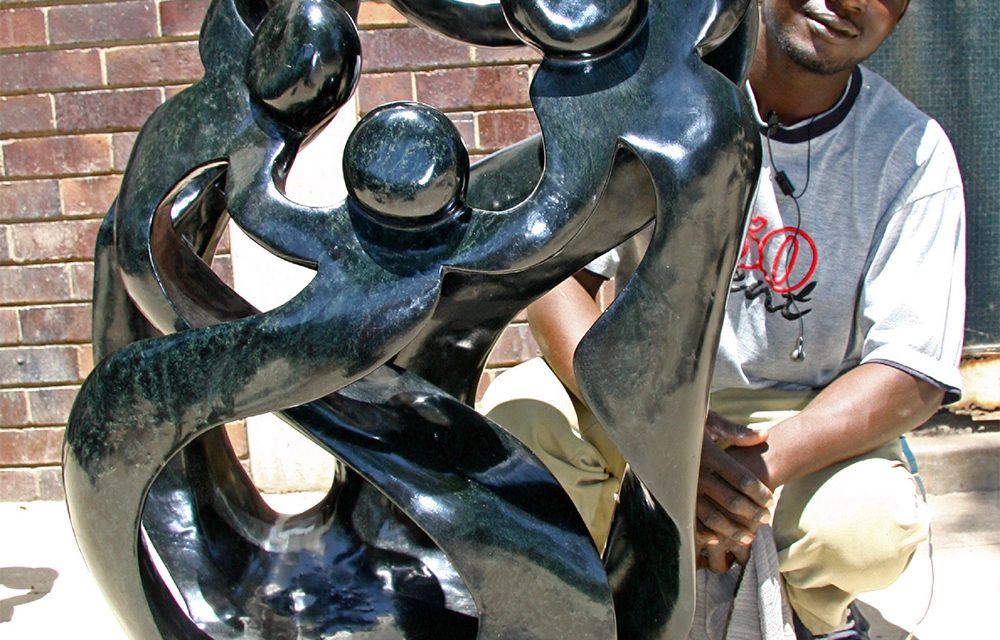 THE JOURNEY OF THE STONE November 8, 2017 – Posted in: Uncategorised 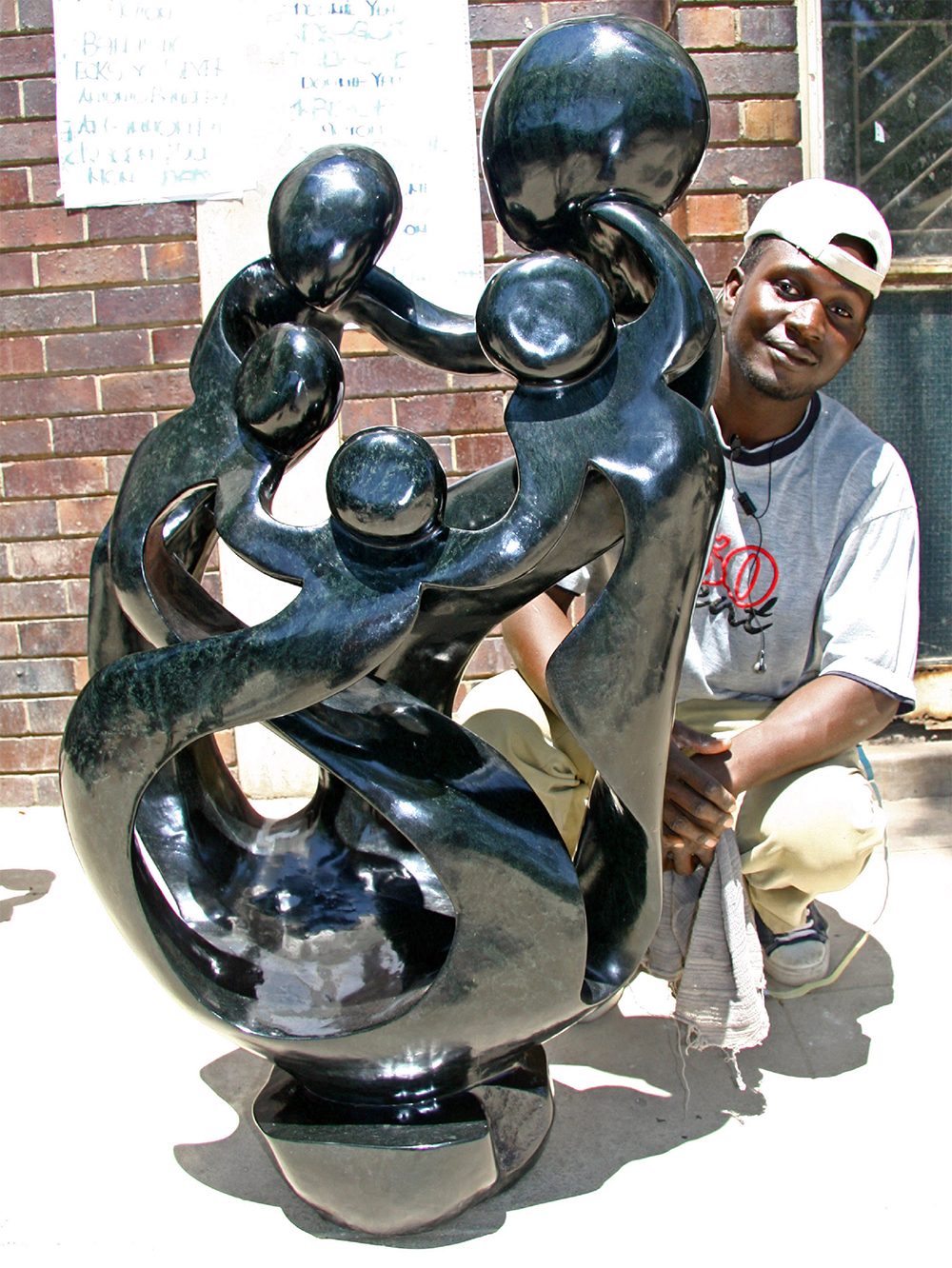 The area around Mutare set in the hills of the Easter Highlands district of Zimbabwe is stunning. The highest elevation in southern Africa with a cooler climate and stunning views with the border to Mozambique at the door.

A beautiful variation of black serpentine is found in the hills near by which is prized for sculpting family abstracts. Prized because it’s much harder than soapstone, which is normally used, but not too hard where detail cannot be achieved.

The stone is dense enough to be able to polish to a high gloss and comes with a green swirl when seen in good lighting.

The drawback is the location to Harare. It’s too far (expensive) for us to send a truck and the road is not used by enough empty trucks to be able to hitch a ride.

The carvers we used in the past have brought their smaller pieces from Mutare to Harare by bus as this was the most cost effective method to use.

But we wanted a large sculpture.

So my foreman (shown) Daniel Chidoti, traveled to Mutare to negotiate with the miners and set a price to locate a stone large enough to accommodate a sculpture of this size.

Daniel travelled back to Mutare by bus once the carvers phoned him to say they have found one.

But what to do with such a large stone.

The only option was for Daniel to stay there and shape the stone down to a weight that could be handled.
This took four days, which meant Daniel had to find accommodation for the period while he worked to lighten the stone.

So this sculpture was hollowed out in Mutare, near the border of Mozambique and was put on a bus to Harare!!!!!!!

The bus stop is in Mbare, a high density and crime ridden poor area of Harare, which is where Daniel lives.

He had a wheel barrow brought over from the Canon Paterson co-op (popular in the day) so Daniel could wheel it to the co-op where he set to work to finish it.

So this piece has had its day in the sun and will not be repeated.