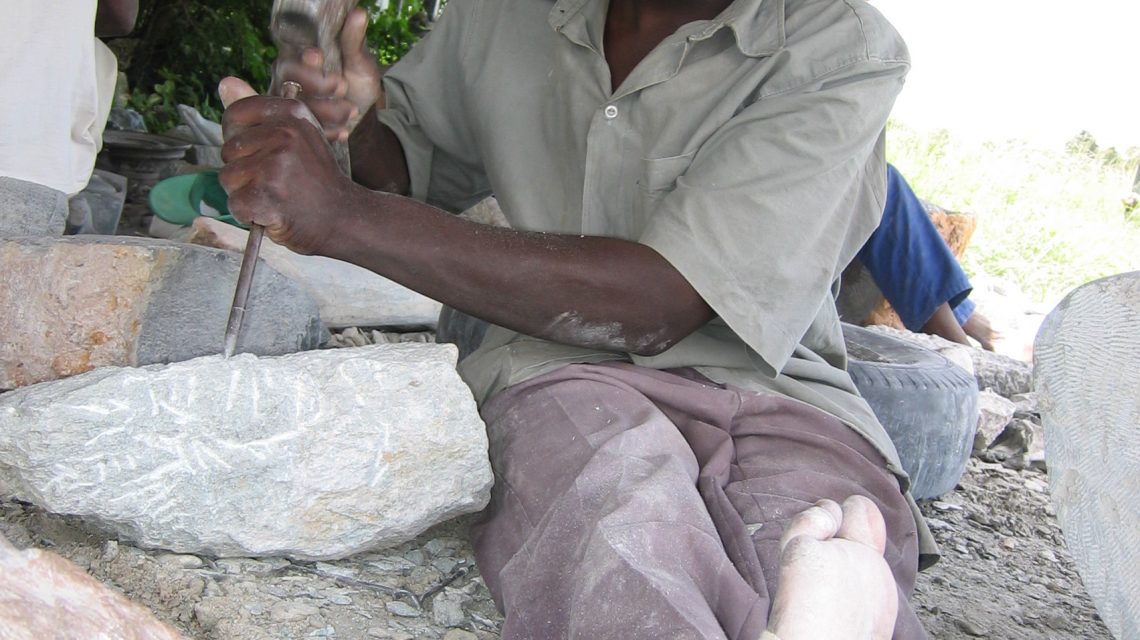 Odias Chawatama – Determination in the face of adversity October 11, 2017 – Posted in: Uncategorised

A story by Doug Dicker 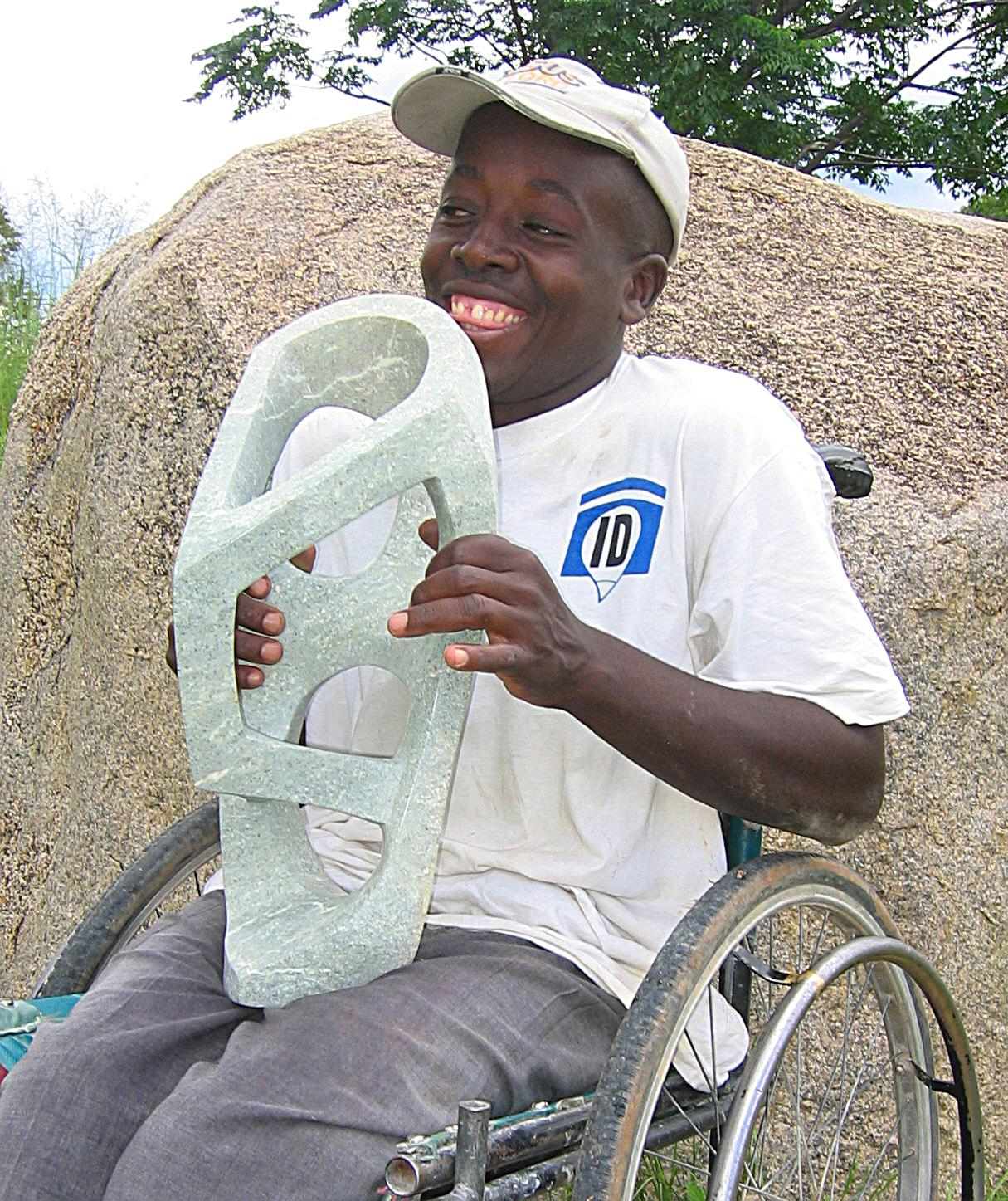 Odias Chawatama is a young man who has an inspirational story to tell.

A modest personality with an easy smile, he is instantly like because of his determination and drive coupled with the quiet manner in which he applies himself to the task ahead.

Odias was born with spinal bifida which has confined him to a wheel chair for mobility.
But this has not dampened his spirit to become a recognized sculptor.

Born into a family of five boys and nine girls, he attended primary at the school for the disabled, Jarios Jiri and secondary school at Danhike.

He became interested in sculpting after meeting well known sculptor, Richard Chirambadare in 2003 and cites Richard as his inspiration.

Odias lives in his father’s house with his brother, but looks after all his own needs including day to day chores, shopping, cooking and washing from his wheelchair. 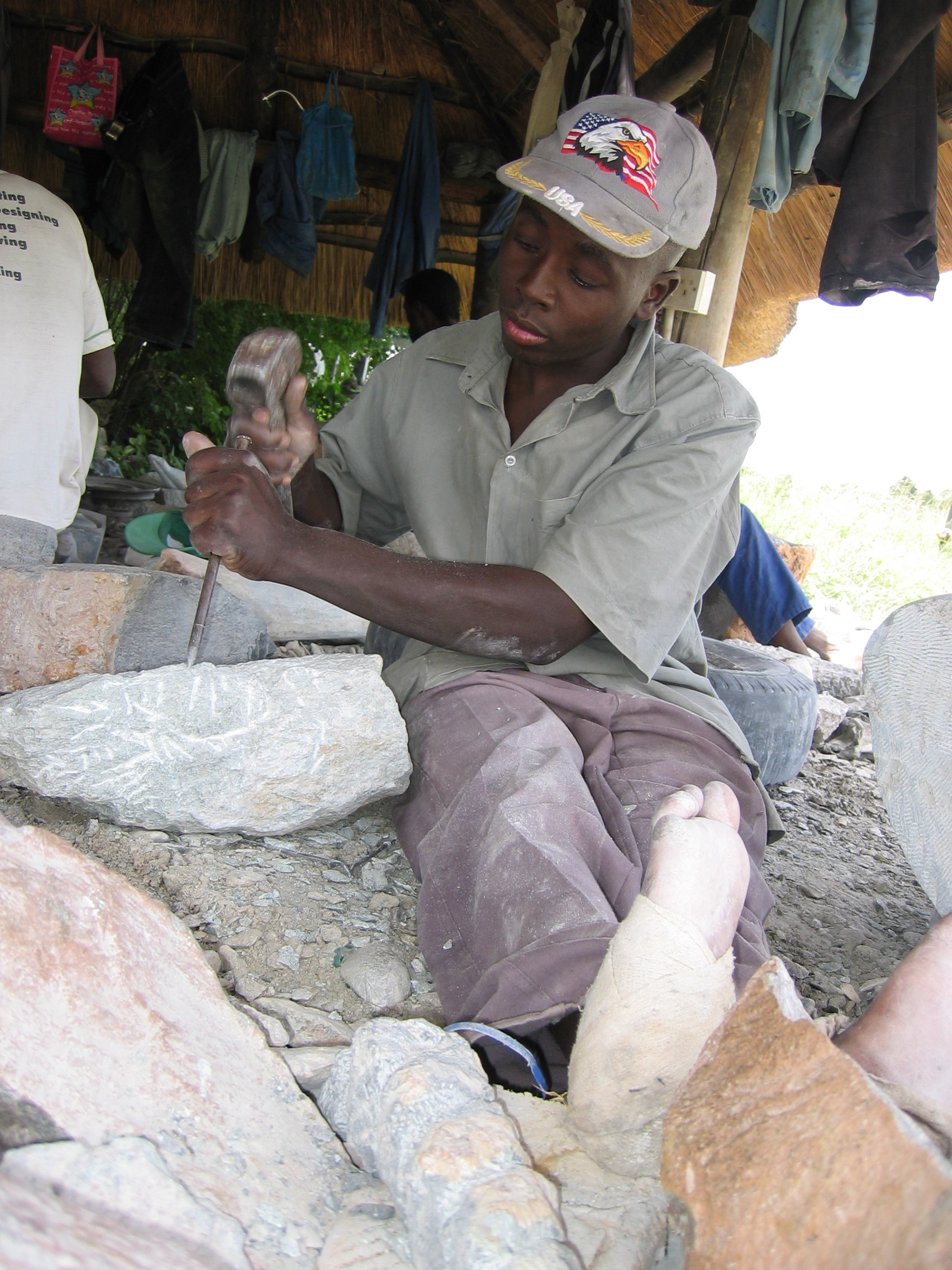 Now living in Chitungwiza, 30 minutes from Harare, Odias wheels himself to the Chitungwiza Art Centre where other carvers assist him with handling raw stone and also lend him their tools whenever they are not using them.

This is an honorable gesture from these carvers as tools are expensive and sometimes hard to come by.

Odias has told me he hopes this story will inspire others to disregard any handicaps they may have and to continue with their dreams to be what they want to be.

He also says once he has shown people he has what it takes to one day become and well known artist, he is hopeful someone will sponsor his own tools so he is not reliant and the generosity of his workmates.

In writing this, I know my small problems seem insignificant. His story also serves to clear my mind of petty annoyances.